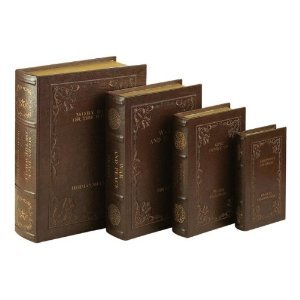 Faux books look as nice as any old leather bound books, but they have one obvious advantage. You can hide stuff in them! My iPhone charging cable always ends up on some bookshelf. This would be a great semi-perminent home for it and for similar devices.

This particular set includes King Henry, Moby Dick and Hemingway’s prose. Many other styles (and titles) are available. 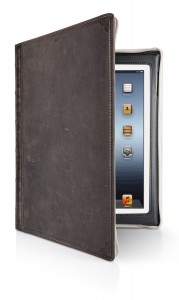 If you value the look of old leather books, but feel the necessity to keep up with modern times a BookBook vintage case for iPad is a must. The case comes in two distinct styles, all pictured below: Classic Black, Vibrant Red and Vintage Brown. It fits iPad 2 and the New Ipad. Other features include: 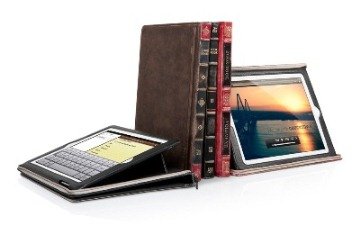 The manufacturer makes a good point about this case creating an extra level of protection for your iPad. In theory, it can be hidden safely among your books, away from prying eyes. It is, however, easy to imagine a situation when the iPad’s owner is frantically looking through hundreds of books, trying to find the one which contains the familiar apple-bearing device. 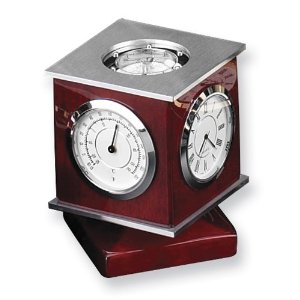 While the curiosity factor in an Atmos clock is purely cerebral (you may or may not be aware that there is something quite unusual and ingenious about the clock itself), Automaton clocks are visually very striking its mechanically driven figurines that dance or simply appear in windows: humans, animals, angels, mythical creatures, ships etc. These clocks are very expensive and no longer mass-produced, I believe. There are, however, some variations of the theme that you can still find, equally brilliantly performed. For example, the rotating clock shown here is a high quality mechanism that will make an excellent centerpiece in any modern home library. 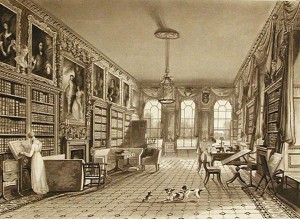 This 1816 etching by John Britton represents a typical home library during Regency. The library is located at Cassiobury Park and it was used similarly to many other home libraries of the time — it was essentially the most important room of the house and could be easily referred to as a family sitting room. A group of small dogs in the front sufficiently demonstrates the openness of this library to anyone and anything. At the same time, all traditional library features are present and their style is unmistakable. We see built-in bookcases that are architectural in nature. In other such libraries you would often see (apart from the books, obviously) various antiquities and curiosities. Small private museums of this sort had a long history, but in Georgian times and in the early 19th century the trend became very popular. As far as architectural styles, Regency designers preferred neoclassical decor, howver Gothic influences were also quite common at the discretion of individual owners who were inspired by the love of all things Medieval (as interpreted by novelists and poets). The furniture of this particular home library is typical Regency style (note the Grecian chairs), but the general tone has a certain Gothic air.

I am including some additional samples of Regency library furniture. I especially like the library steps and the breakfront bookcase. 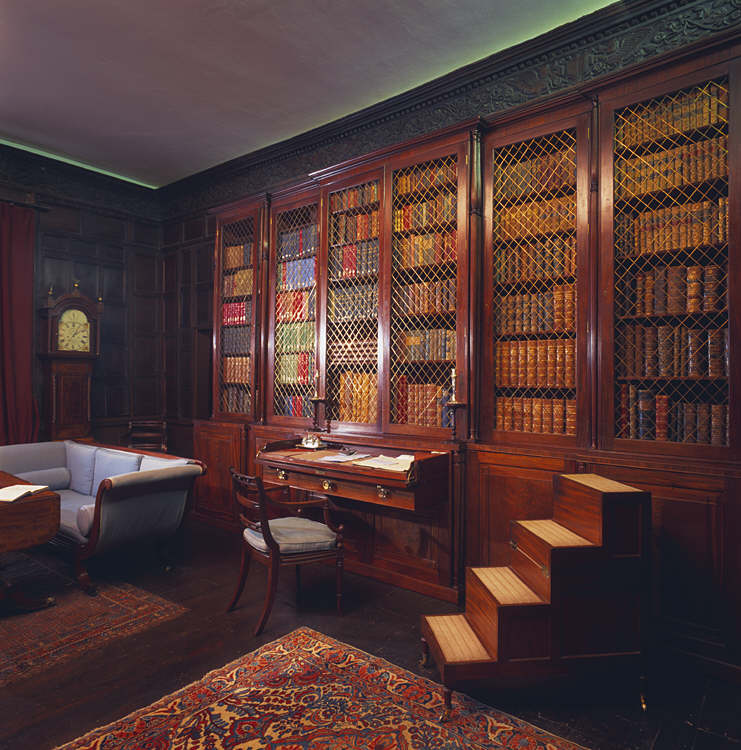 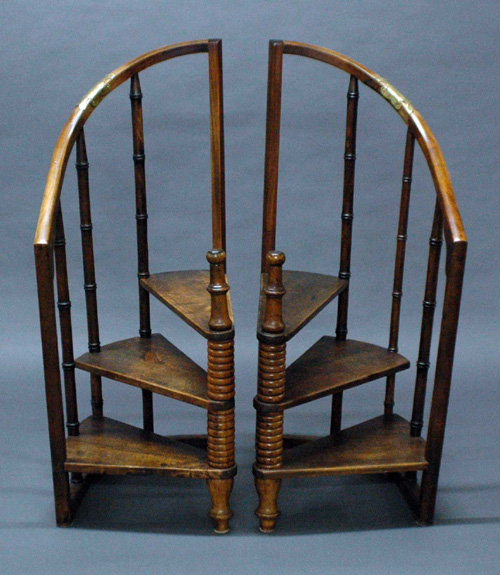 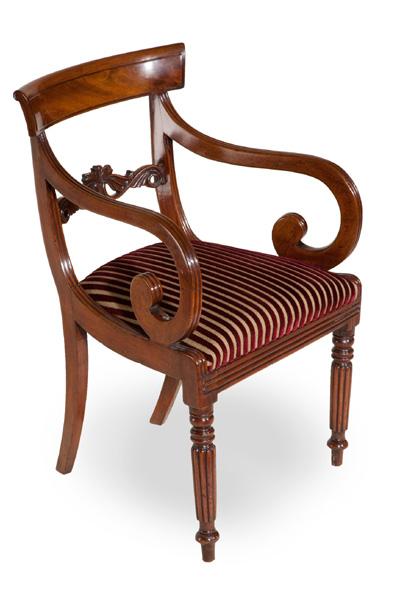 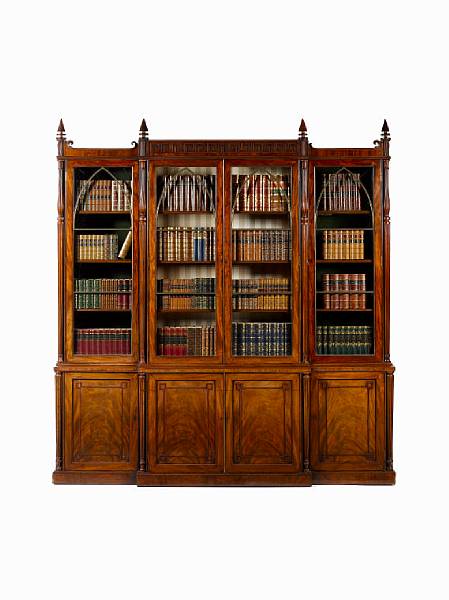 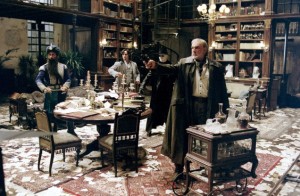 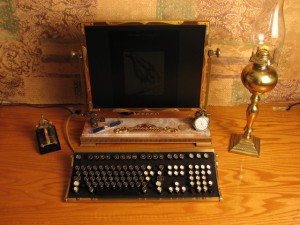 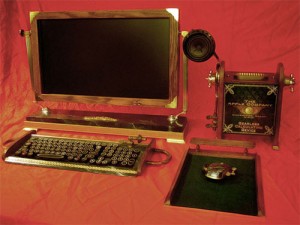 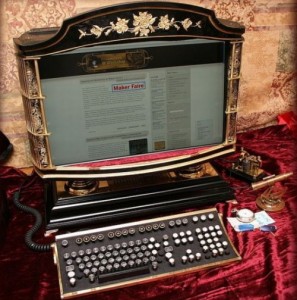 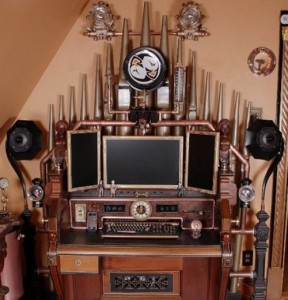 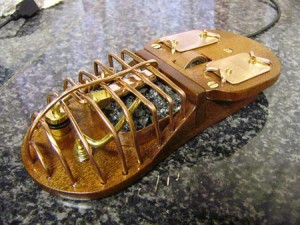 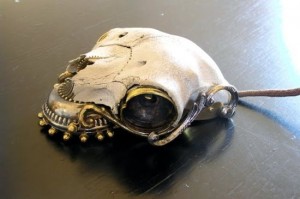 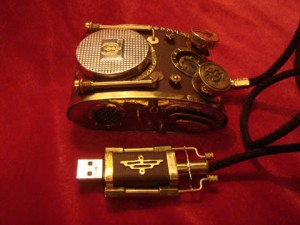 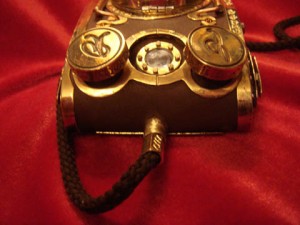 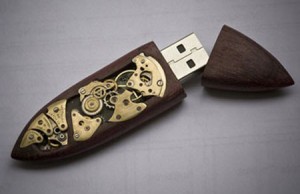 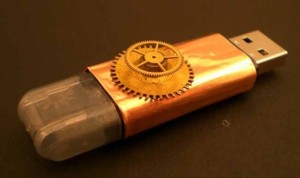 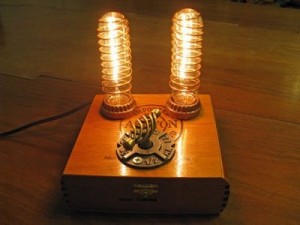 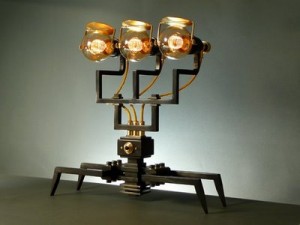